Photo as A Warning

Several months ago, Katie Wright started feeling pain near her eyebrow and noticed a blemish. She tried not to pick at it. But after a few days, it looked bigger and uglier. It never formed a head or started shrinking so she decided to help it. When she got out of the shower, she tried popping it, hoping it would go away.

Instead, it got worse.

As the pain intensified she put an ice pack on it, took some ibuprofen, and tried resting. After a night of fitful sleep, she woke up to a frightening sight. Her face was so swollen that her features looked distorted. And, the blemish was oozing... 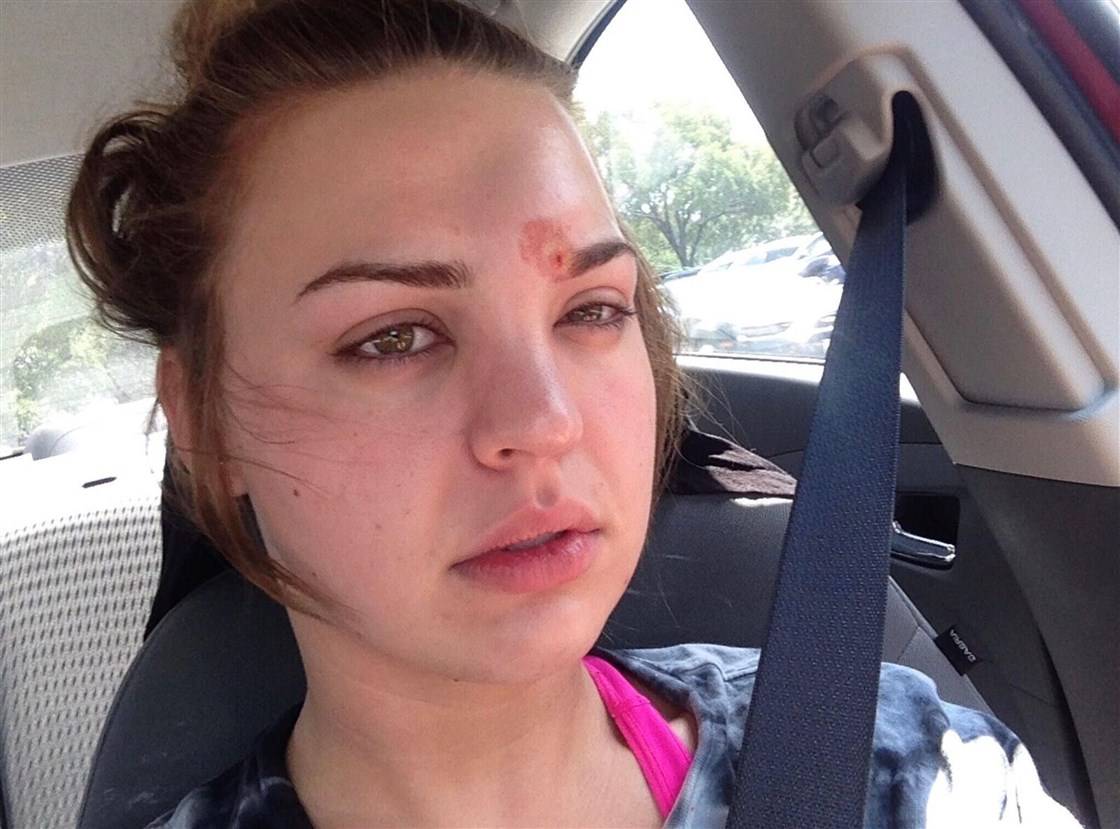 “I could barely open my eyes,” she said. “The difference in my face it was unreal.”

Wright went to the emergency room at St. David’s Medical Center in Austin, where doctors looked at the swollen ooze blemish and knew exactly it was — cellulitis.

“I was unaware of how serious it was,” she said.

Cellulitis is a skin infection caused by bacteria, such as streptococcus or staphylococcus. People carry this bacteria on their skin and it only becomes dangerous when it enters an opening in the skin, such as a popped pimple, cut, or bug bite. It spreads quickly and if it spreads to the eyes or the brain it can cause loss of vision or brain damage.

“I didn’t know that cellulitis could spread to your brain or eyes," Wright said.

“It is very easy to get an infection,” he said. “We have over 500 species of bacteria of the skin. When you break the skin, you are putting all the bacteria in the skin.”

Friedman urges people to clean their make-up brushes, toss expired make up, and to not pop pimples their pimples. Despite the warning, people pop pimples anyway.

In Wright’s case, she suspects she contracted staph through hair follicle in her eyebrow. She believes a dirty eyebrow spoolie, the brush attached to her eyebrow pencil, introduced the bacteria.

“Where I made my mistake … I separate my brushes from my product to wash them. I threw my eyebrow pencil with my products instead taking the spoolie with it to clean,” she said.

Doctors treated Wright IV with antibiotics. After an overnight stay, she returned home, but the swelling didn’t subside and the infection throbbed with pain. She returned to the emergency room where they gave her stronger IV antibiotics and kept her for three days. While she had an allergic reaction to the drugs, she also improved. A week later, the swelling subsided. Three weeks after, the lesion and scabbing finally diminished.

“I never thought I could get staph on my face,” she said. “You don’t do your eyebrows and think ‘Hey this might make me go blind and give me brain damage.’”

Wright shared her photos on social media and they recently went viral. While the nickname she earned, “staph girl,” isn’t flattering, she hopes her story will help others.

Thanks for contacting us! We'll get back to you shortly. Thanks for signing up!